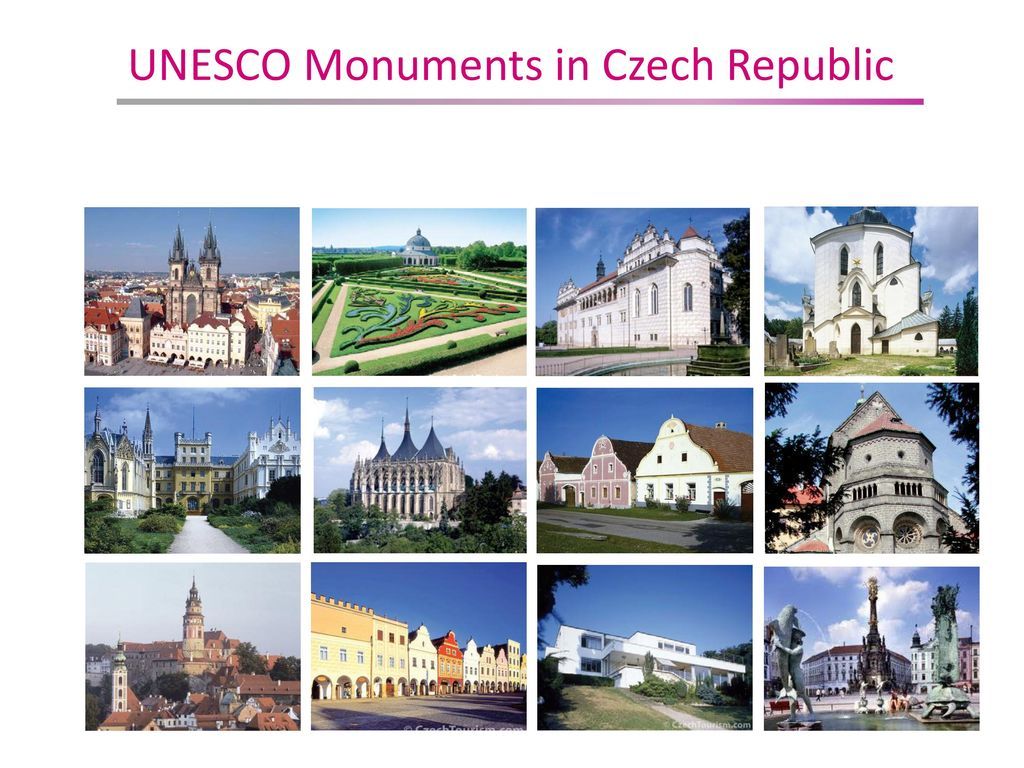 This article presents the monuments from the Czech Republic that document the structural and architectural development, as it has a very rich and expressive history which has significantly affected its civil architecture and varied geological structure, as well as today’s untraditional forms of tourism such as ecotourism, expanding the current offer in terms of future reconstruction work. The nationwide systematic registering began in the Czech Republic when the State Institute of Archaeology was established as an independent institution, separated from organizations dealing with other types, and its main task was the overall coordination of a widely conceived collection of information regarding prehistoric finds, a duty which was gradually accomplished by approximately a dozen archaeologists by collecting data from external collaborators such as conservators or correspondents.

Currently, on the territory of the Czech Republic, many different types of memorials exist, predominantly constructed during the communist dictatorship or in the context of the then existing ideology, although some were removed due to the existing political situation, so we need to analyze the language of the memorials, which expressions were used, how the language was influenced by the regime, as well as with which names the victims were labeled.

For this reason, more specialized disciplines, such as mining science, have appeared and the cultural monuments of the Czech Republic are designated by the Ministry of Culture constituting the most important part of the cultural heritage by a regulation of the Government. The resulting collection of information regards the State Institute of Archaeology of the CsAS in Prague, operating since 1970 and the corresponding institute in Nitra with a number of central functions, which employed the majority of archaeologists in the late 1980s, who represented the only organization authorized to provide opinions for other organizations. Special attention must be paid to the memorials and the context in which they were erected with regard to the extent to which areas were liberated, endeavoring to describe in which way they contribute to the formation of the collective memory.

The criteria for declaring a cultural monument are defined in Act 20/1987 Coll. and include objects that are a way of life from the most ancient times, as a display of work of humankind for their historic and scientific values. Within such a system, the systematic evidence was of secondary importance as archaeological work was focused on the description of historical processes and even the main archaeological fieldwork was not paid enough attention, paradoxically.

Single men who go on a vacation might feel lonely when visiting the monuments, but there are people who can show you around while you are here, so start packing your things. In case you are actually planning to take a tour by yourself, in Czech Republic you can pay an praha escort and have the time of your life, as they are beautiful, smart and charming. There are many agencies with quite educated girls, so in case you decide to go for an escort, it is great as she can make for a lovely trip. Other sites that you may find interesting :